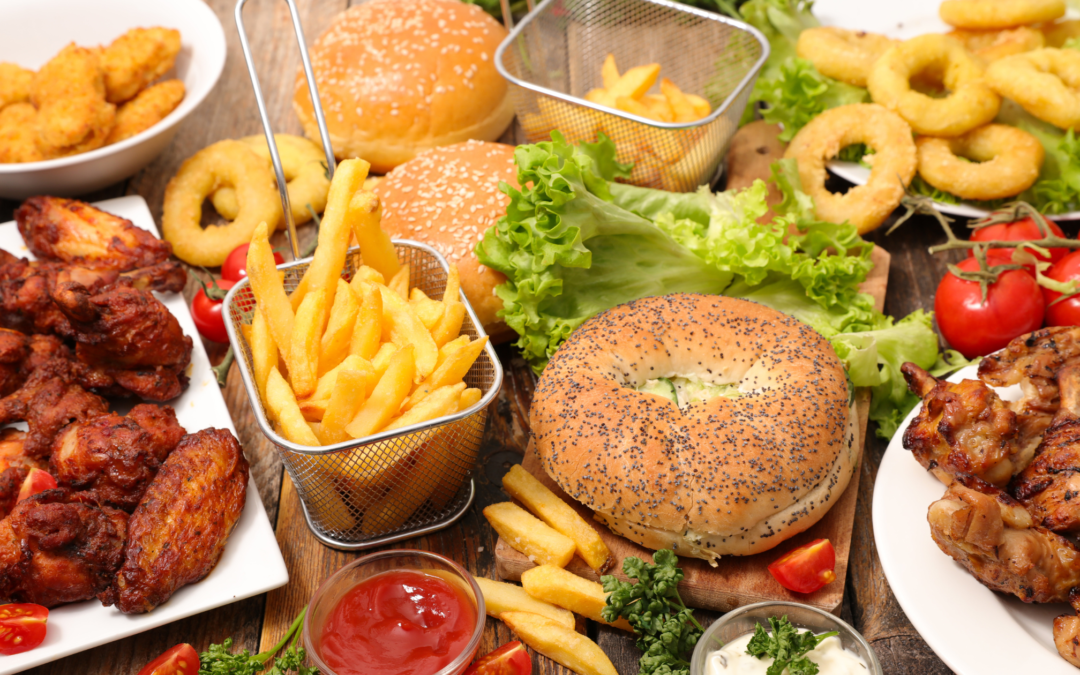 My How Times Have Changed

When I was working on my M.S. Nutritional Sciences I wrote a paper on How our Food Culture in America has changed since the turn of the century. In the 1900s most Americans still lived on farms. Food was fresh and seasonal. With the rise of the Industrial Revolution people began to move to cities for jobs. Food automation soon followed. Ready-made sandwiches were first, then canned goods and dry cereal. Refrigerators came, then gas/electric vs wood burnings stoves. The prepackaged foods kept coming as food processing technology advanced. Frozen meals were produced. In the 1950s households had t.v.s and people began to eat frozen reheated meals in front of the t.v. instead of at the table. As these canned, frozen and dried foods became more available less time was spent preparing food in the kitchen. As more homes owned cars people could take road trips just for the day if they wanted. At first people packed their picnic baskets.

It did not take long for hamburger stands to pop up. These were simple side-of-the road stands with a single grill where one could buy a simple hamburger or hot dog and a soda. Fast food restaurants and chains, many of which started as a road-side stand, followed. Portions got larger. Pre-made foods multiplied, filled with chemicals, colors, artificial flavors and ingredients. Also included, to make sure the product was tasty was more sugar, fat and salt. People began to spend more money eating away from home or picking up pre-made meals. The kitchen became silent.

The processing of foods, which includes high heat and bleaching, among other things, strips away most of the natural nutrients and fiber. Vitamins, enzymes and nutrients are destroyed. When you buy “enriched” bread it is because when processed bread first appeared America began to see cases of beriberi and rickets. Why? Because all the fibers and vitamins were stripped in the processing. So “enriched” on a label is “code” for the fact that the manufacturer was forced to put back the nutrients that had been stripped. Think about it.

By the 1970s and 1980s more and more people became dependent on microwaved, rehydrated or take home meals to feed their families. Most people think a home cooked meal is something that has been rehydrated, reheated or nuked. What people put in their mouths when they eat processed food is equivalent to sawdust (in my humble opinion).

What is a Therapeutic Massage?